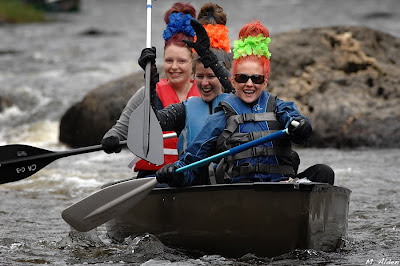 Hope everyone had a fun time on the Kenduskeag this year. (I know; sore shoulders, right?)

If you've lost or found anything on the stream this weekend (and in the days after) please feel free to post comments to this thread.

The idea is to connect people with their belongings, or to help out someone who may be searching for something.

While it's doubtful that many people lost many things in this low water year, somebody always seems to lose something. Thank you! 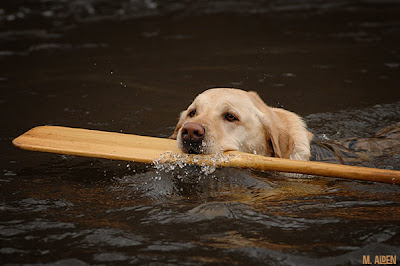 If you have lost something during the Kenduskeag this year, or if you have found something, this is a way to connect! Please leave your comments here.
Many people over the years have helped each other out through this Lost & Found Box.

Thank you for being good humans. 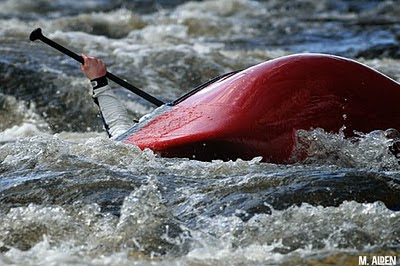 To those of you who have lost something, I hope you are able to retrieve it. Best of luck to you.

To those of you who have found something and are making an effort to track down the owner(s), thank you. You're a good person! 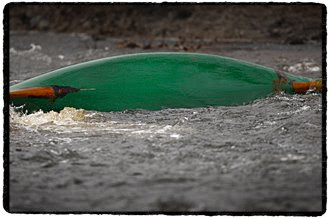 This is the place to post your lost & found items after the Kenduskeag.

Paddlers should be as clear in their descriptions as possible (and hopefully you labeled your boats and paddles before the race).

Thanks in advance to all of the thoughtful people who find lost items along the stream and mention them here for their owners to retrieve. If you have lost a boat and/or other gear, you may post your information here for others to see. Good luck!

Conversely, if you are a good samaritan who has found something belonging to someone else (or spotted it somewhere) and would like to try to alert the owner, this is a good place to give it a shot. Thank you for your help! Did you lose anything during the Kenduskeag?

Post your comments here for others to see.
Thanks to all who contribute to this thread.

Originally posted on 4/23/07, I have "bumped" this post back up to the top as it remains popular.