No TV Coverage Of Kenduskeag Race 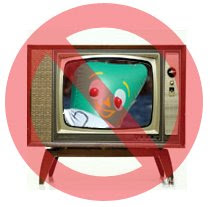 No need to set the VCR or Tivo this year if you are doing the race.

WABI-TV (Channel 5 in Bangor) has decided not to provide television coverage of the 2009 Kenduskeag Stream Canoe Race due to budget priorities. (Story here)

The race will be broadcast on the radio and streamed on the web, however:

"For the 13th straight year, Bangor all-sports radio station WZON (620 AM) will provide live coverage of the race on radio. It will also stream live coverage on the internet (www.zoneradio.com). Coverage will start at 8 a.m."

And I'd be remiss in my blogging duties if I failed to mention John Holyoke's post race article.

Powerhouse paddlers Robert Lang (eleven time winner of the Kenduskeag) is returning to the Kenduskeag this year, and Trevor McLean will be participating in this year's race as well.

A Passel Of Race Prep Information Jeff Owen of MaCKRO leads the Kenduskeag
sessions at the Paddle Smart event in Bangor
on April 12, 2008.

In case you were not able to attend Paddle Smart 2008 this past weekend which featured special Kenduskeag-related sessions, I took some notes and have posted them on the information page on my canoe race website. I hope you find this information helpful in prepping for the race next Saturday.

By the way, if you'd like to scout out the stream from Six Mile Falls to downtown Bangor in your boat, members of MaCKRO will be hosting an informal paddling event on Friday, April 18. Meet up with other paddlers near the finish line in downtown Bangor (near the Sea Dog) at 4pm. You'll go to Six Mile Falls and paddle (at your own pace and skill level) back to town.

Jeff Strout of the Bangor Daily News wrote a handy article about choosing a kayak that is right for you. So if you are in the market for a new kayak (heck, even if you're not) read Jeff's article here.

John Holyoke (also from the BDN) wrote an article a few days after last year's race - and his article is worth revisiting nearly a year later. "Sage Advice From a River Vulture" can be found here.

Last year I helped Reinhard develop a website which chronicles his epic solo trips on the open ocean in a Verlen Kruger SEA WIND canoe. The website features Reinhard's travel writing and photography spanning twelve years. Truly, an inspiration on many levels.

At 68 years young, Reinhard's next solo trip will take him to the western shores of Newfoundland this summer. A veteran of the Kenduskeag, Reinhard plans to do the 2008 race with his daughter Brenda, a race veteran in her own right.

Grab your favorite beverage and visit Zollitsch Canoe Adventures. There is much to read and think about in this website. This is a good one to bookmark.

May 07, 2007, 03:36 PMmedia, miscellaneous, photos, videoPermalink
As we await the race results (should be released any day now) I thought I would take a moment to post some interesting photos and videos from other folks.

Check out this photo gallery from Rhesá Gordon:

Rhesá Gordon - near the finish line in downtown Bangor

And take a look at these videos on YouTube. Pretty cool stuff.

Sparky Bob's Six Mile Helmet Cam Video
- This guy straps a video camera to his helmet just before heading into the maelstrom of Six Mile Falls. Cool first-person viewpoint of the rapids and Sparky's rescue. (Warning: there is some rather, umm.."salty" language in portions of this video...as you might well imagine).

Video Clips of the Kenduskeag Grab some popcorn and your favorite beverage. WLBZ has posted some Kenduskeag video clips (in 15 minute segments).
You can find them here.

And the Bangor Daily News did a writeup of the race today, check it out here.

Whitewater kayakers had a ball at the Shopping Cart Thursday afternoon.

"Tracy Willette, the race director and the city’s superintendent of recreation, chuckles about the rumor mill fueled by passion for the area’s biggest whitewater race.

And he assures you, there’s nothing to worry about: The Kenduskeag Stream Canoe Race, 41st edition, will go off as planned on Saturday morning."

Click here to read the rest of the article